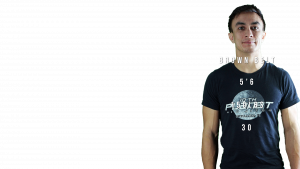 Mario Gaor, brown belt, 10th Planet O’Fallon. Mario is a technician. The technique vids that Mario puts out (with Keahi behind the camera) are top notch. Mario and Keahi are both vets of season 1 and season 3. Mario has had some real success in both seasons in which he’s participated. Despite being a fifth round pick last season, Mario made the post-season. Competitors have to really look out for Mario’s double outside ashi (DOA) straight ankle lock. DOAs are usually a no no unless you have a heel hook locked in, but somehow Mario gets the submission. As I said with Eric Longar, this season was made for these guys.